The banging house hit single released just 2 week back Inde by Heavy K and two songbirds Bucie and Nokwazi, becomes number on iTunes. The song replaced the position the hit single by Killer Kau ft Mbali Tholukuth was in, that’s another track that is doing a great job in winning over the hearts of most South Africans. The song Inde was released on the 9th of August and already it is topping the charts, pretty much putting most songs into shame. Prior the release of the song, Heavy K released a teaser that drew fan’s attention and had them wait impatiently for the release of the song.

This song will definitely be the summer song, Bucie and Nokwazi just makes the song even more awesome. Inde follows the song Heavy K released with Soulstar in June titled Mntanabantu, Heavy K is indeed owning 2017.Heavy K and Soulstar werent working fro the first time together last they released the hit single titled She Goes. He is releasing hits after hits and is keeping his fan base at a maximum.

To Buy The song on iTunes click on this link 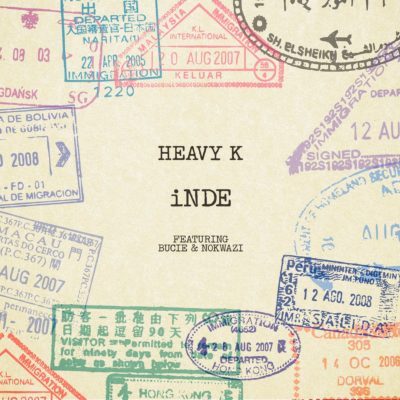