On the 30th of January Emtee and his long time girlfriend Nicole welcomed their second baby boy in the world who they named Logan. They have been together for over 6 years and they already have an older son Avery who is 2 years old. The couple commented on how they both handled the news of the second pregnancy and Nicole said that she was shocked because it wasn’t planned while Emtee expressed how he was over the moon.

“I was shocked because I’m still studying and the pregnancy wasn’t planned.” She’s in her second year of studying fashion design at Sew Africa.

Unlike with their first child Avery (2), where Emtee felt unprepared for fatherhood, in this case he said that he was happy and ready for their second born. “I was ready this time. Then, I didn’t know how it was going to end up,” he recalls. “I pushed myself knowing there is someone to take care of

Emtee also added on the love story. “She wasn’t like any of the other girls. She was reserved and the amount of cultural diversity she has grown up under also attracted me. Nicole’s mother is coloured and her father is Indian. She is Mandela’s dream, a rainbow nation,” said The Rapper.

The Roll-Up hitmaker added that he would like to marry Nicole sooner rather than later but she wants to complete her studies and start a business before they can walk down the aisle.

Here’s an image of their Sons. 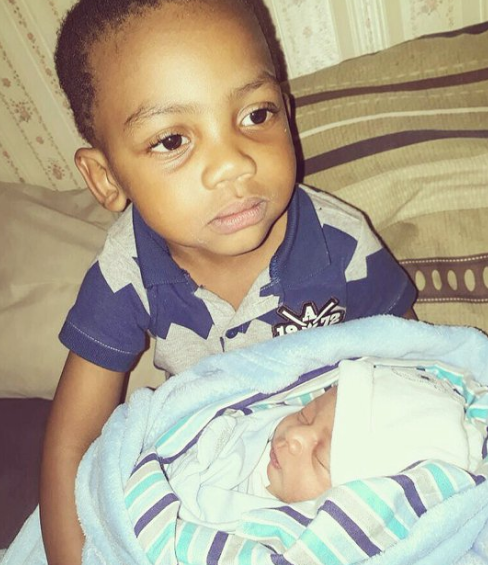