In Speedsta’s initial tweet, he stated: “I called Shane late last year, finally got hold of him and he said he would hit me back which he never did. I tried to reach out but he was living his successful debut album life and forgot about me

To comment in a rather shocking way on Speedstar’s tweet is popular stylist Lethabo ‘Boogy’ Maboi who exposed him for owing her money and having a poor work ethic.

This is how the whole tweet rant went about : 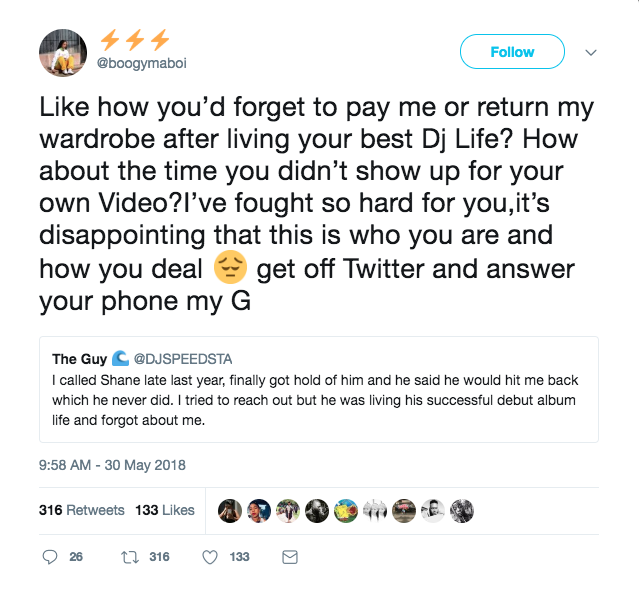 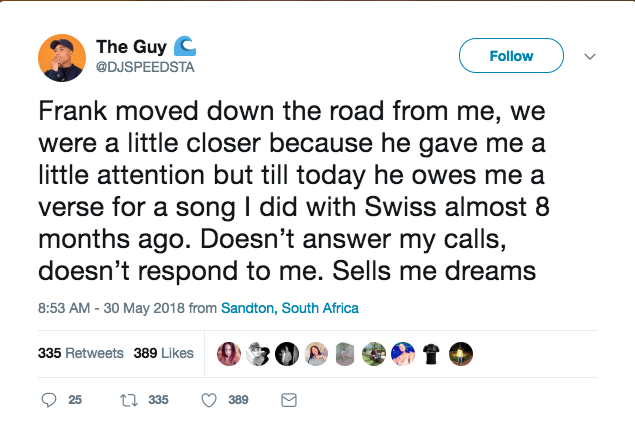 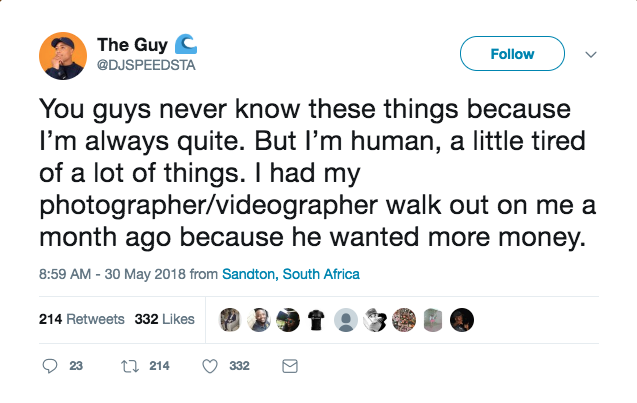 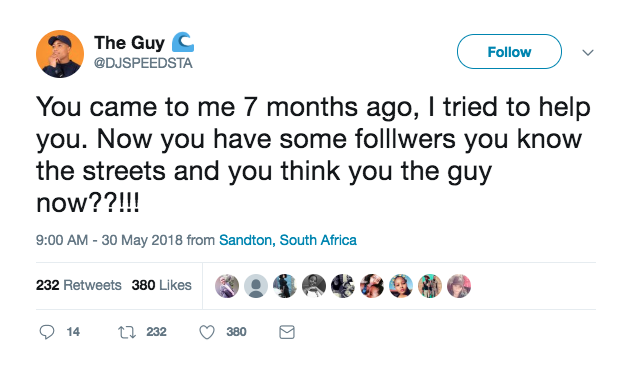 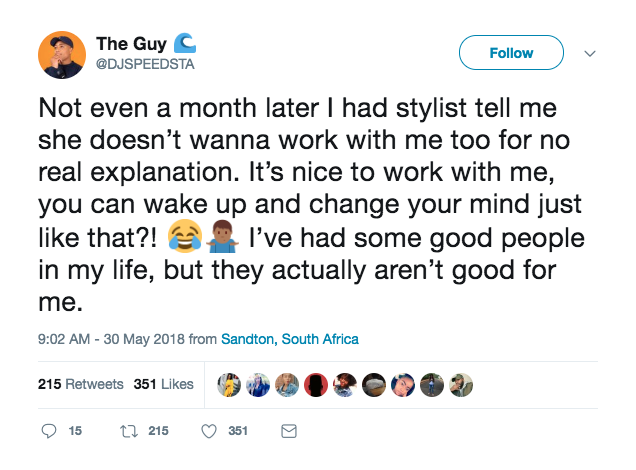 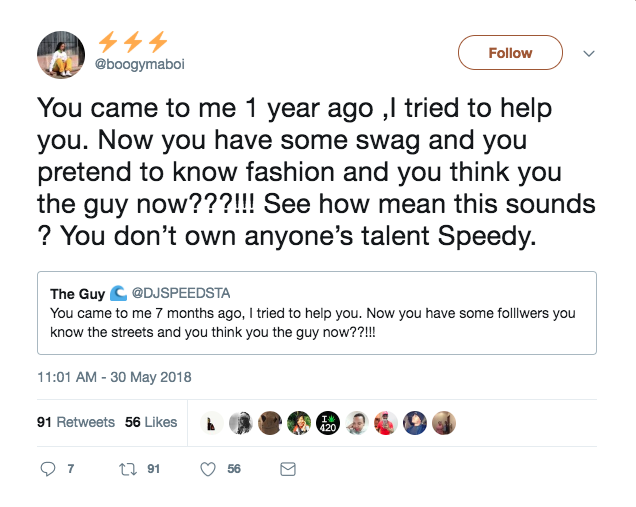