Social Media Reacts To Nota Including Kamo Mphela In Talks About Hip Hop. South African hip hop has been broadening itself, with some hip hop artists dabbling into genres such as amapiano.

South African hip hop has been broadening itself, with some hip hop artists dabbling into genres such as amapiano. Focalistic is one of the hip hop artists that has made a thing out of using amapiano beats for his music. However, some artists are just amapiano vocalists.

It seems like Nota has mistaken a certain amapiano artist at the 2020 MTV Base South Africa ‘SA’s Hottest MCs’. The panellist went on to include Kamo Mphela in the list of hip hop people. He stated that he doesn’t think one hip hop artist is better than Kamo Mphela. Social media users were hacked by Nota including the musician in a hip hop list. “Nota is trolling the whole game, it’s unfortunate folks are giving him the platform to say that BS. The culture don’t deserve such disrespect. Hip hop as a genre in SA has come a long way to be confused with Kwaito,” says one social media user.

One user says, “Kamo Mphela? No ways!! Nota need s to go to therapy something wrong with him…” One social media user says, “Nota Must Please Respect Rappers. Kamo Mphela is not a rapper. [What] a joke.” One social media user says, “Nota is going to carry the whole show I can just feel it…people are going to watch it just to hear what he actually says and not the list itself.” The show is set to be on MTV Base on the 3rd and 4th of December at 5:30pm.

Watch The Preview Below:

Nota is a joke ?? pic.twitter.com/nR7a5sRNUX 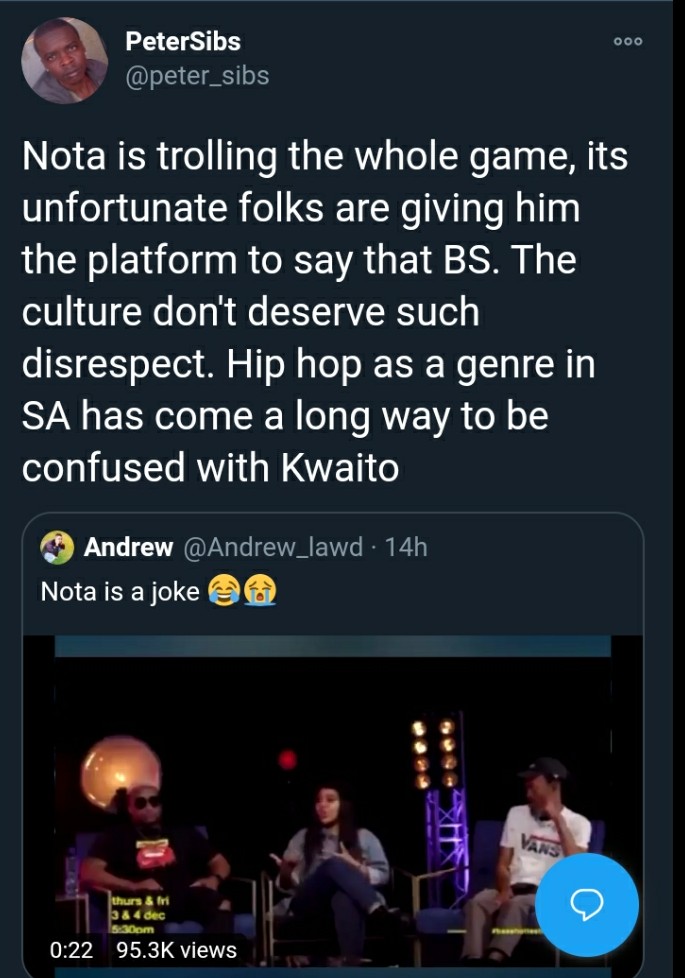 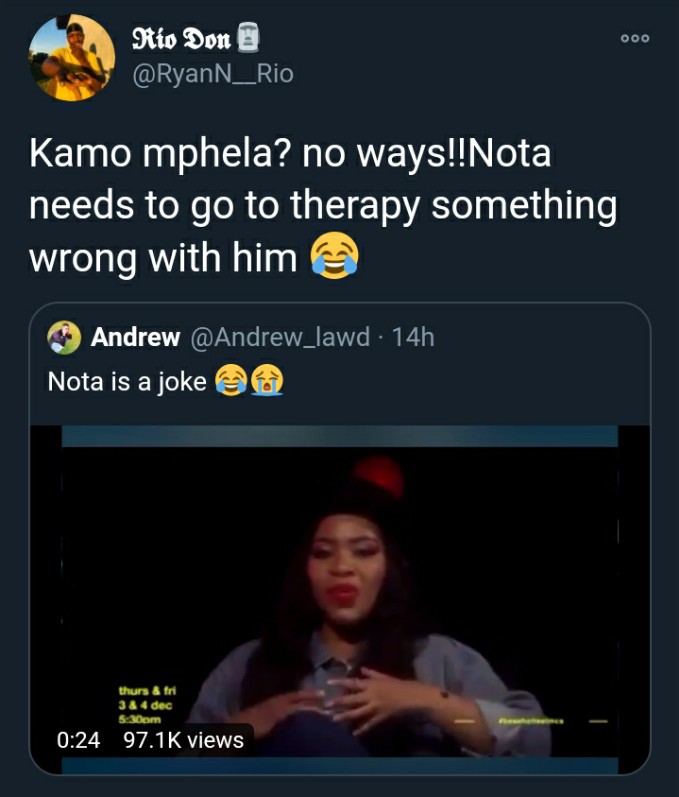 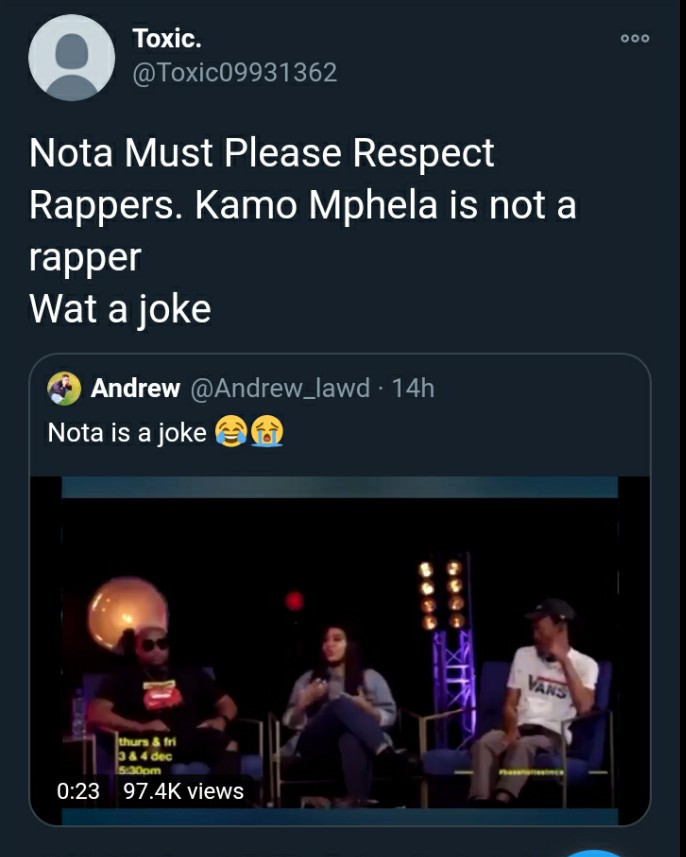 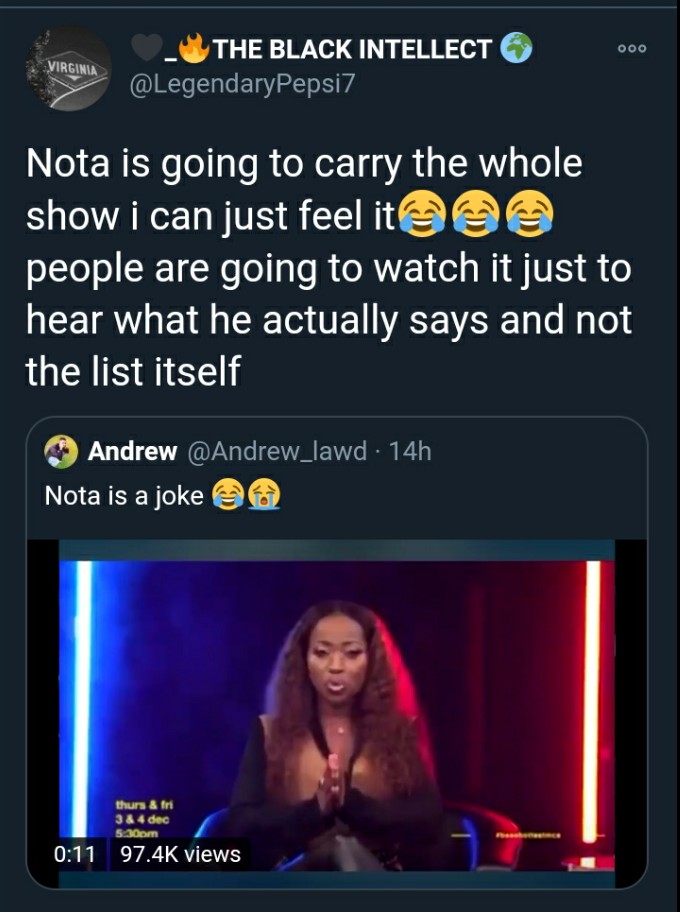