The Southern African Music Rights Organisation (SAMRO) is currently sitting with an amount of more than R30 million in pending royalties and has identified about 6 500 members who need to resubmit their banking details in order to receive payment.

SAMRO CEO Mark Rosin explains that the current situation resulted from the organization having received incorrect or outdated banking details from members.

“While SAMRO has the money, it can’t pay it over at this stage, simply because the bank account details furnished by the affected members are outdated, or incorrect in one form or another. When payment is made, it bounces back and future payments will subsequently be stopped until the member details are corrected or updated.”

The members in question have been asked through a direct communication from SAMRO to update their banking details, and the organisation has also published on its website and social media platforms a list of members whose banking details are incorrect.

“In total, there are about 6 500 members who have been asked to resubmit their bank account details. We would like to emphasise that only the members who appear on the list, which has been published on SAMRO’s website, need to check their banking details and resubmit accurate details,” says Rosin.

He notes that the royalty amounts due to members from the R30 million will differ from member to member, depending on the usage of their creations. These royalty payments range from as little as R100 to R250 000.

SAMRO administers the copyright and royalties of its members, primarily music composers, authors and publishers. Members assign the rights of their musical works to SAMRO to administer. The organisation, in turn, uses the assignments to license individuals and businesses that use music for business or commercial purposes. This includes shopping centres, nightclubs, television and radio broadcasters, among others.

Rosin explains that SAMRO is making this public appeal for affected members to come forward as part of its efforts to be a fair and transparent organisation.

“SAMRO always strives to protect the rights of its members and ensure that they are compensated fairly for their work. We are here to ensure that artists can earn a decent living and receive the royalties that are rightfully due to them,” he says.

“In addition, this is part of SAMRO’s ‘Notes for Notes’ campaign that has been designed to put more funds in the pockets of SAMRO members.”

Rosin also points out that it is Important to note that the money in question is for identified works, where the owner of the royalties is known to SAMRO, as opposed to the undocumented works, where the creator is unknown and such funds are then distributed through an established process.

Members who wish to check whether they are part of the group that needs to resubmit their banking details to SAMRO can check the list here.

Ciza Announced As Apple Music Up Next Artist In South Africa 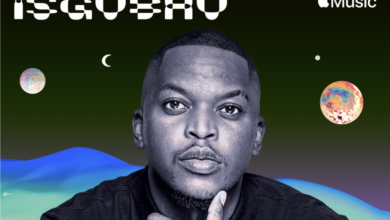