DJ Sbu Uploading Pro Kid’s Albums Now On ITunes Infuriates. Earlier this week,reports circulated that DJ Sbu was partly the reason why Pro Kid got depressed which led to excessive drug use then a seizure he was reported to have suffered which led to his death. Now DJ Sbu has uploaded the previous of the rapper on iTunes which then caused another big talk on social media.

“We as the fans begged him to though. I don’t think sbu is capitalizing on anything. We can now enjoy his music all over the world. Come on mAnyora.” 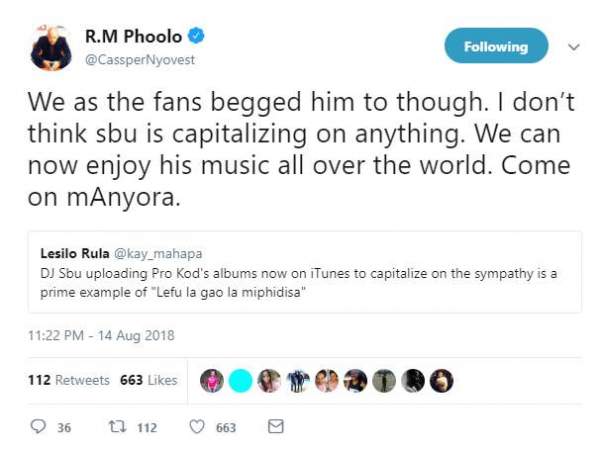