Tbo Touch To Be Featured In Upcoming Film “AmaBlesser”. Media personality Tbo Touch will be making appearance in an upcoming film AmaBlesser set to release next year 2019.

Touch will be acting alongside Connie Chiume, Sonia Sedibe and Kenneth Nkosi. 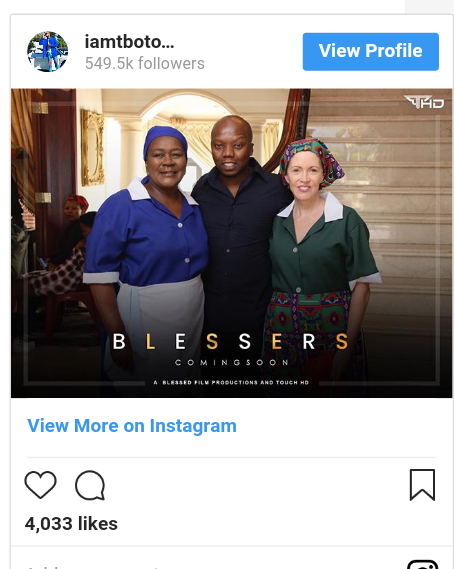 “With an incredible cast of seasoned actors and actresses.” He continued to write:”Connie Chiume and Caroline Steyn play house maids, the sexiest slay queens and trips to Dubai, parties at the play boy mansion with your partner who’s supposed to be on a business conference trip, only to find out he or she’s busy being a Blesser and yes NO under 16 allowed to watch this! Expect lots of laughter, tears and rough romance,” he wrote.