Ntsiki Mazwai Claps Back At Critic Who Thinks She Has double Standards For Wearing Makeup – The Musician, poet, TV host has always been in the spotlight for the movement of naturalists, no weave and makeup gang.

Now, the Television personality has been wearing, makeup, since she scored the television gig on Moja Love.

She ushered to social media to share an image and the caption said: Makeup Room

This is not the first time she ha been challenged on her previous statements concerning make-up, she responded clapping back at the critic who tried shame her for wearing makeup on TV, asserting, they need to exit her social media page with their “negative energy”.

Honestly, Ntsiki Mazwai has always shaded stars that rely on makeup and weaves in the past. She asserted such people are attempting to be white and do not hold on to their African origin “crisis of assimilation”.

“Lol. Do you understand how TV works, my love? Please f*ck off from my page with your negative energy also. You’re not welcome here.”‘

Geez, she went further to make her Point.

“If you’re not a supporter- please kindly f*ck off from my page. You’re not welcome here .”

Also, remember, when she declared she established the no make- up movement?

“I have been famous before and wore make-up. Before Alicia keys I rebelled against make-up. She followed. Because I felt my “beauty” was taking from my craft as a poet/musician. My new job is a tv gig – like an overall-make up is part of the costume,” Ntsiki explained in a social media post back in March. 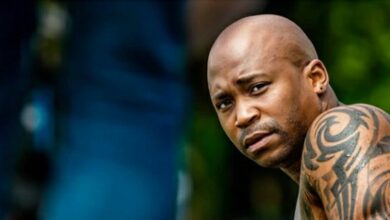