Twitter Continues To Rip Zahara Into Shreds For Her SAMA Outfit. Each year the SAMAs are about to take place most people are often more concerned about the outfits than they are about the awards. The event becomes a fashion zoo, with each celebrity going all their way out to look different, sometimes that different is good and sometimes it’s just horrible.

This year’s event was well attended by a large number of celebrities rocking a variety of outfits that had fans talking, Zahara also dazzled in a traditional outfit that just shook twitter streets. Some twitter users referred to it as an overall others calling her spongebog squarepants, it was savage.

Zahara was nominated in a category of Best Afro Pop album for Mgodi alongside Ntando Bangani, Blaq Diamond, Robbie Malinga and Mafikizolo who were the ones lucky enough to take the award home for their Mafikizolo20 album.

The loliwe hitmaker in 2012 won a record breaking 8 SAMA’s & another 3 SAMA’s in 2013 for her debut album Loliwe which went on to sell 25x Platinum making it The Biggest Selling Album Of All Time in South African music history. Phendula also won the Best Selling Album and Mgodi went Gold in just a day of release. While some fans were disappointed she didn’t win this one, others praised her greatness in music which can never be defined by awards.

Despite all the wins and losses, her outfit just highlighted the evening for fans on twitter and this is how they reacted to it : 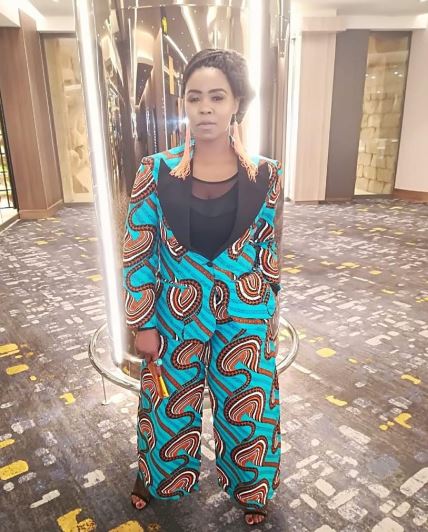 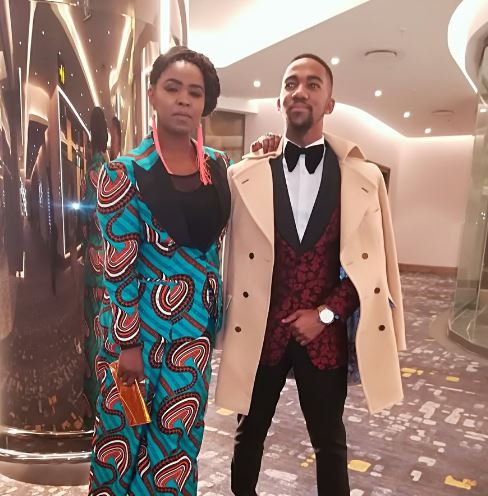 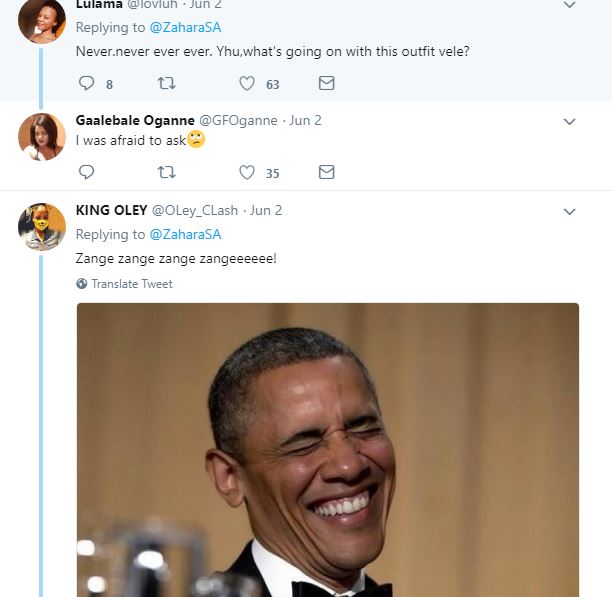 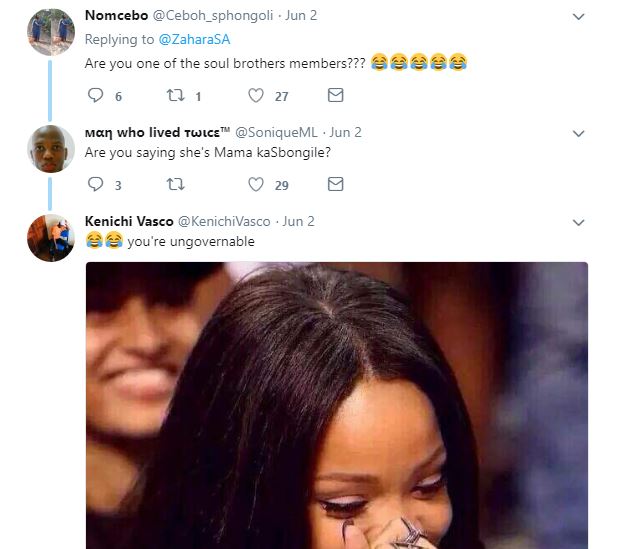 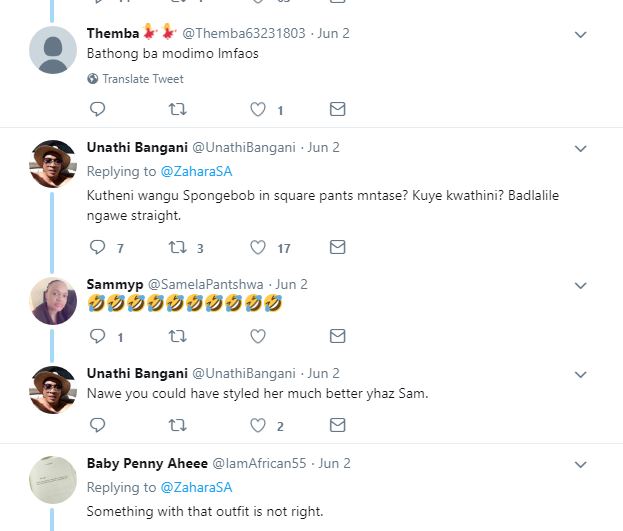 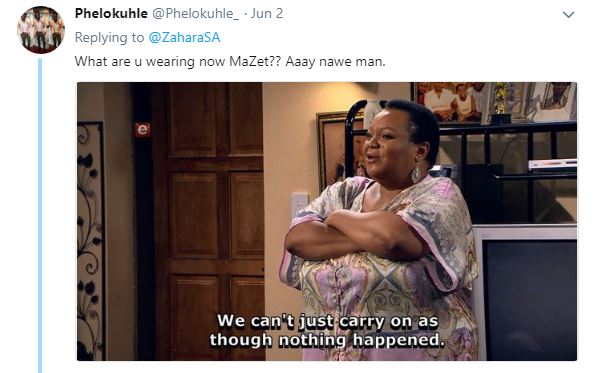 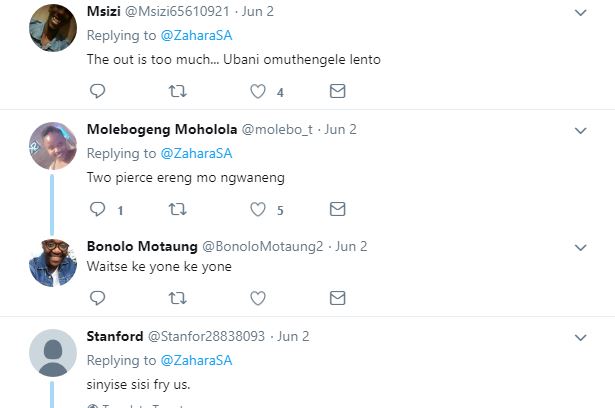 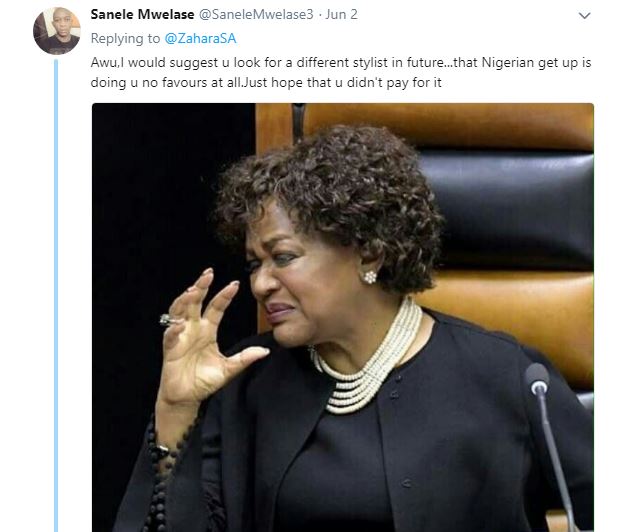 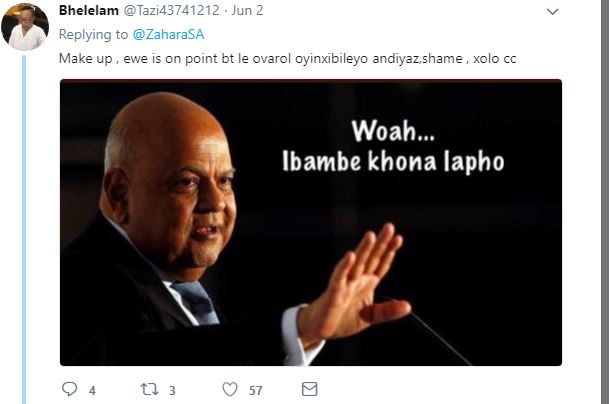