Rapper Sean Pages Opens About Being Molested By An Uncle. It is rare for a male public figure or just any male to be bold enough to express that he is going through or have went through sexual abuse. Sean Pages is one of that little percentage to voice his hurtful experiences which include being molested by an Uncle who played a part of destroying him than building him.

According to the rapper the uncle was  “a notorious and cold-hearted thug who raped so many people’s daughters, robbed and killed many people’s fathers and sons” back in the 1980s. Taking to twitter to express his rage and pain, the rapper was determined to tell it all despite judge and hate from the public. 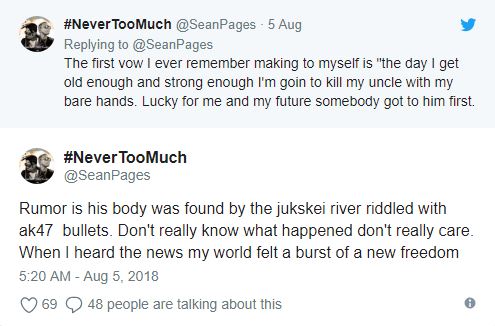 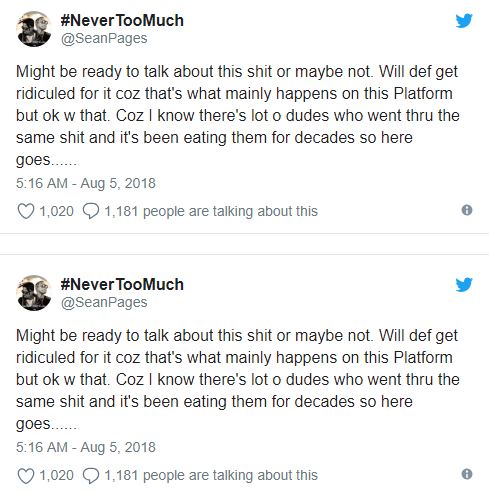 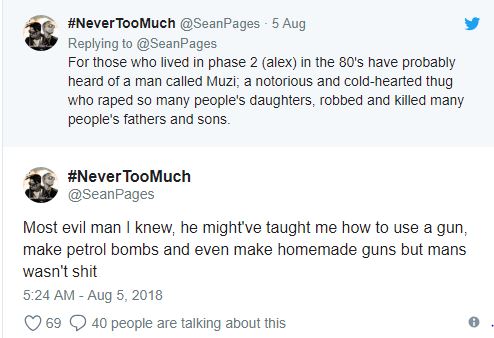 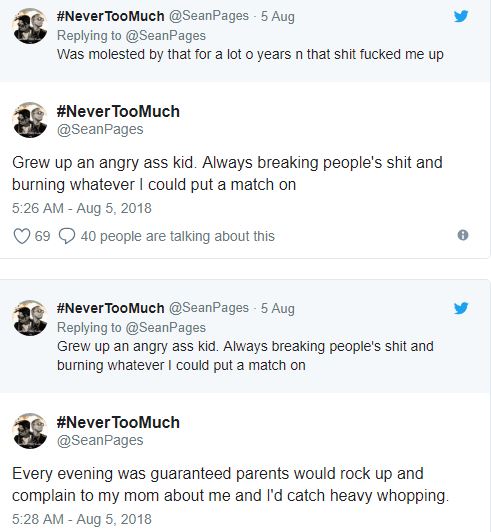 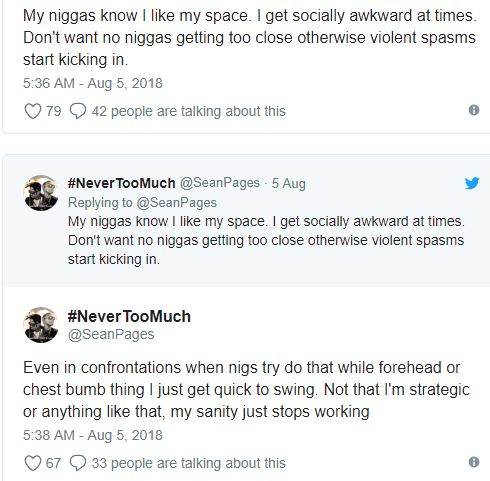