Simphiwe Dana Dishes Out On Her Debut Acting Role On Upcoming Film. Proving her versatile abilities singer and songwriter Simphiwe Dana is taking up the acting scene as she plays a noble character on an upcoming film titled Joko Re Hao directed Mambatho Mantsho.

Speaking to Drum the star expressed how she relates to her character. The film is about a Christian woman (Nozizwe) who came from the village to seek help for her oppressed people in the ’50s.

“As a village girl coming to the big city for career opportunities and to influence the political landscape I could relate to my character. This is my sophomore role and it’s been incredible to journey back into this art form,” she said.

Simphiwe said she enjoyed the innocence and vulnerability of Nozizwe.

“Her quiet, stormy demeanor is electrifying, her love for God and the people. How she tied all that into her politics and speaks of a God of love and justice, a HOD of the downtrodden and poor.”

“It’s been a joy working with such talented and humble individuals. I have learnt so much from them and people should watch this movie because it is an important part of our story,” Simphiwe says.

“Finally we’re telling our own stories ourselves which means there’s very little risk of misrepresentation. Plus, I’m happy we are finally telling the stories of our women freedom fighters. Too many times we put men in the centre of it all.” 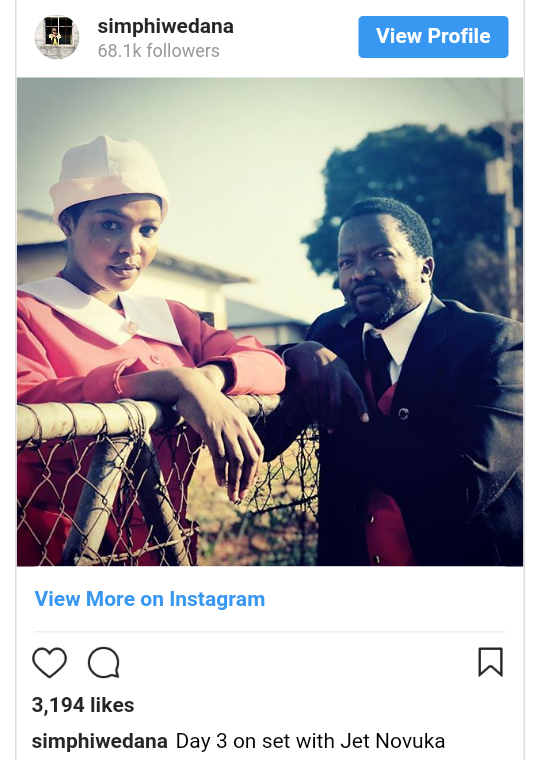