Sho Madjozi has been teasing people with the announcement of her upcoming album titled ‘What A Life’. The musician released the track list for the upcoming album, which will be released on the 27th of November 2020. Looking at the artists that are featured on the album, it seems like the album might be part of the hottest 2020 albums.

“Looking forward to hearing the songs featuring Thomas Chauke and Makhadzi because it is surely gonna be fire…,” says one user. A number of social media users already have their faves. One user says, “Russian Army…I already know track 8 is a banger…” One social media user says, “That track with Makhadzi will be [fire] infact the whole album will be [fire] can’t wait. 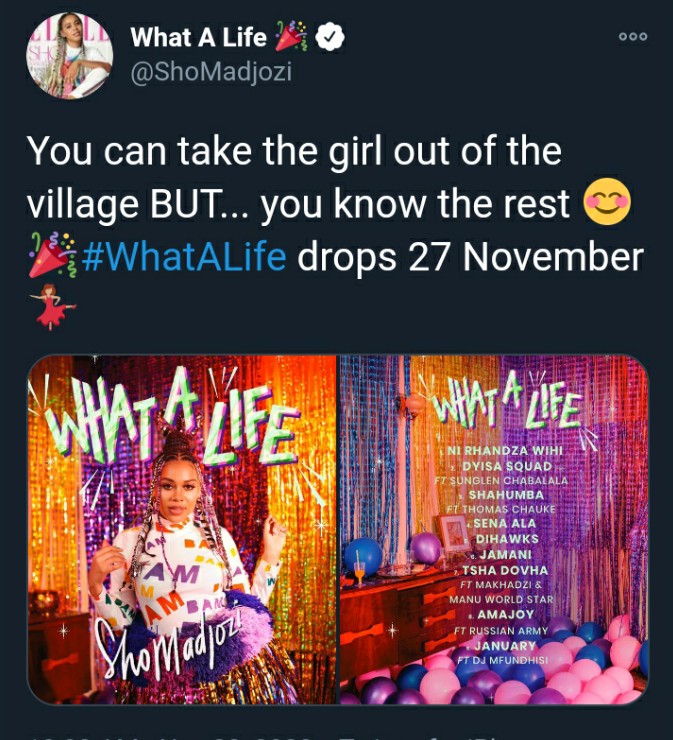 You can take the girl out of the village BUT… you know the rest 😊🎉#WhatALife drops 27 November💃🏽 pic.twitter.com/NF2fT4TfNZ