Simphiwe Dana has bashed the Minister of Sports, Arts and Culture, Nathi Mthethwa, on social media. The musician went on to deem the minister as useless. This is due to artists having a tough time with their finances since the hard lockdown started.

The artists says that she has been able to pay her bills now after a while since lockdown, asking the South African government to do better by artists. “I’m saying this because I’ve not been able to pay bills. I understand I’m a higher tier artist! I’m scared for the ones! And whether they’re ok. I think I’m talking to my government at this point and asking them to be kinder to us. We work, we don’t deserve this,” says Simphiwe Dana. The Afro artist speaks about how she has supposedly been debased after she has given quality music. The musician went on to fire shots at the Minister’s spokesperson, Masechaba Ndlovu.

“An then he got that useless spokesperson who just hates everyone. And I still loved him through it all. I’m now done! I hope he knows that even this action is an act of love,” says Simphiwe Dana. The musician says that she owes the truth. “I’m finally understanding we have a useless minister of arts and culture! I tried because I love him, and I love you! But I owe you the truth. I know what this means for me in government. I still wish they will be kind…,” says Simphiwe Dana. 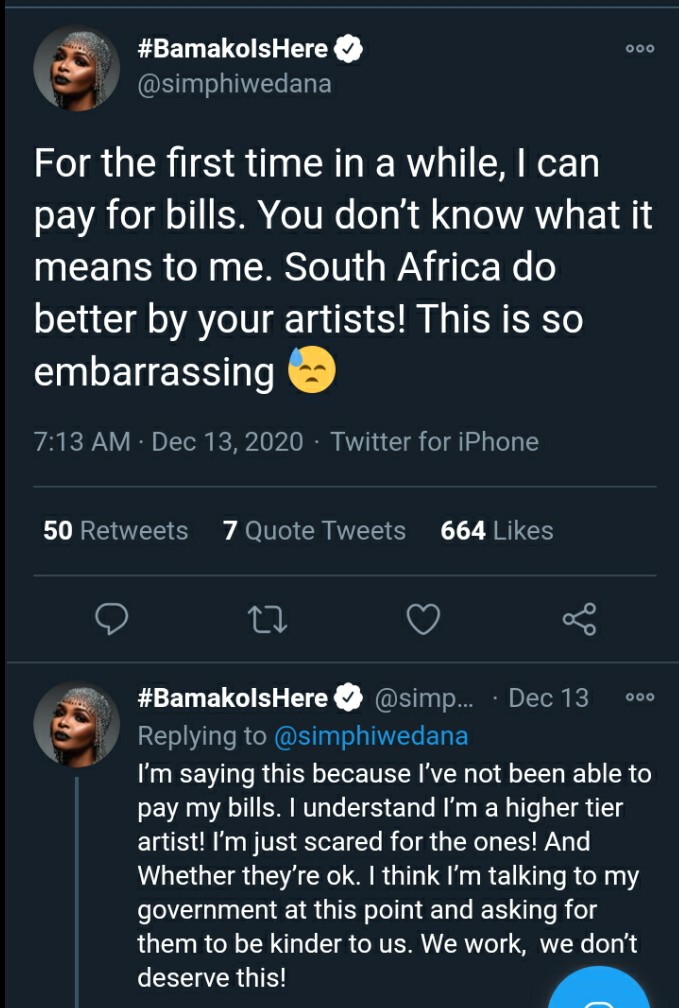 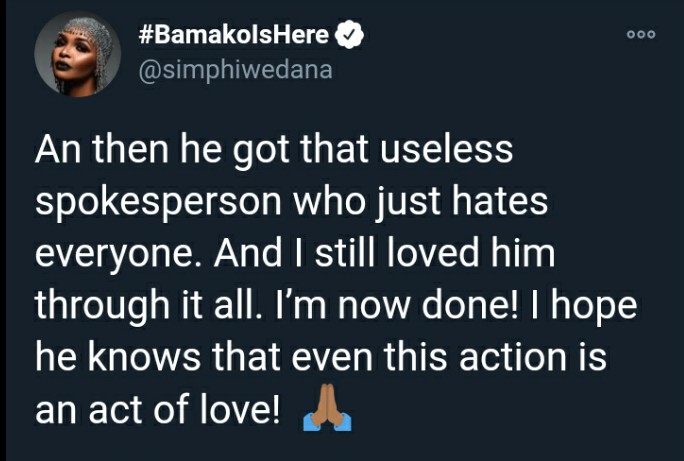 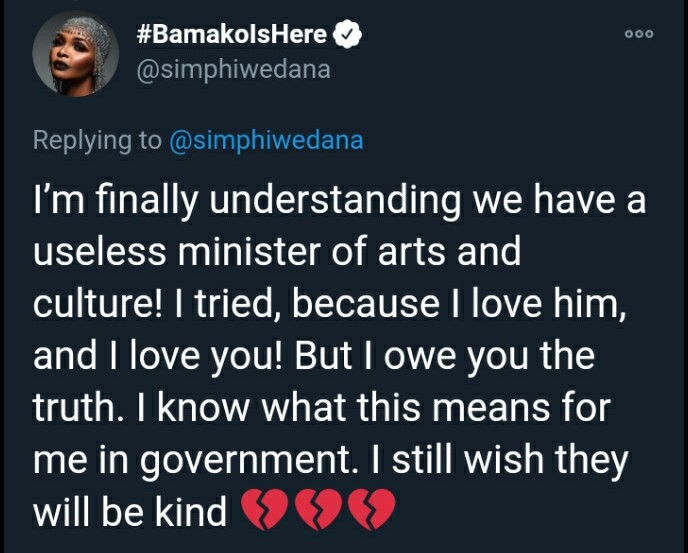