Burna Boy Releases ‘FOR MY HAND’ Featuring Ed Sheeren Off New Album ‘Love Damini’. Burnaboy drops ‘For My Hand’ feat Ed Sheeran, his second single off his 6th studio album Love, Damini . For My Hand is the 13th track on his just-released album and expresses the singer’s desire for love and companionship.

Burnaboy’s gritty vocals blend beautifully with Ed Sheeran’s smooth vocals. The English singer has taken a liking to Afro music as he also hopped on Fireboy DML’s Peru and they created one hell of a banger. Now with Burna boy, they might have just dropped the tune of summer.

Burna Boy’s “For My Hand” with Ed Sheeran, blasts in at No. 1 on the Nigeria Top 100. The collaboration marks the first No. 1 entry for both artists on the chart.

“For My Hand” also starts as the No. 1 song on the newly launched Top Afro-POP Songs chart.

The video is shot in an escalator as it switches between the singers and a couple clad in black. They are a personification of the kind of love the song is all about.

Watch and Enjoy the video below 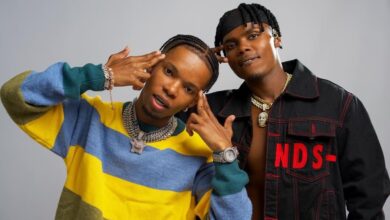