Mzansi Magic’s ‘The Queen’ has been engaged in talking about gender-based violence and sexual assault. The storyline seems to be part of their social awareness campaign, considering what is happening in the country. The episode has touched a lot of the show’s viewers.

However, some people didn’t like how the storyline took a turn. Internationally renowned musician Busisiwa is one of the people that do not like how the story of the rape is taking place. The musician spoke about occurrences in Vuyiswa’s life after she was sexually assaulted. “A senior female cop was raped after ‘letting go’ once: going out & leaving her gun at home; now other victims in th community [are] pressuring her [to] attend their cases personally [because] she ‘knows how it feels’…Hhayini #TheQueenMzansi. [Whoever] wrote this is not a woman or victim,” says Busiswa.

The artist goes on to say that the show’s disconnection to the issues can be seen. “Try to get real stories to incorporate. Your disconnect to the issues is too obvious. No one is crying or talking or inspired or informed or moved by your storylines on rape & abuse…,” says Busiswa. 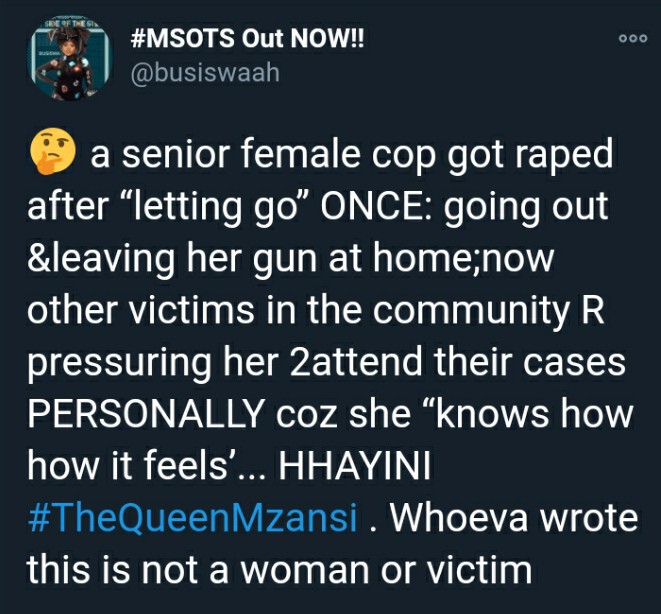 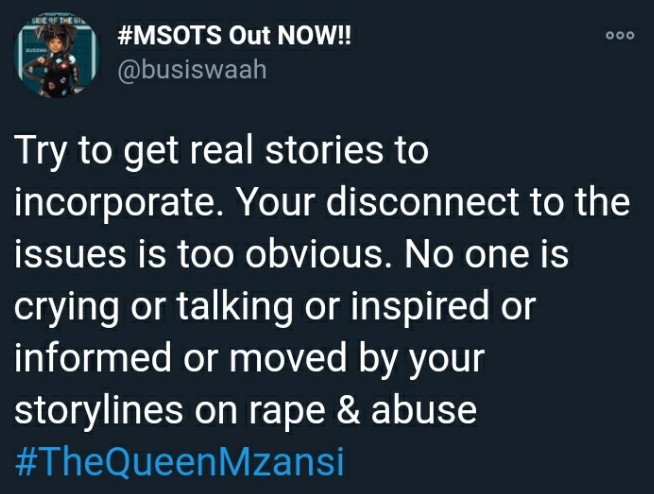