Master KG Wins Award In France Against Big Names In Music. Master KG has been winning in 2020.

Master KG has been winning in 2020. The artist became one of the most played artists on Spotify in South Africa. The artist has now won a countless number of awards for the song ‘Jerusalema’ featuring Nomcebo Zikode on the vocals.

The artist has won another award for ‘Best International Song Of The Year’ at the 2020 [NRJ] event in France. “We won a big one in France last night best international song of the year!!!…I keep watching this nominees again [and] again because I can’t believe it…Big thanksto everyone for making this win possible,” says Master KG. The musician was nominated alongside big international artists such as the Black Eyed Peas, Dua Lipa, Jason Derulo, Nicki Minaj and The Weeknd. 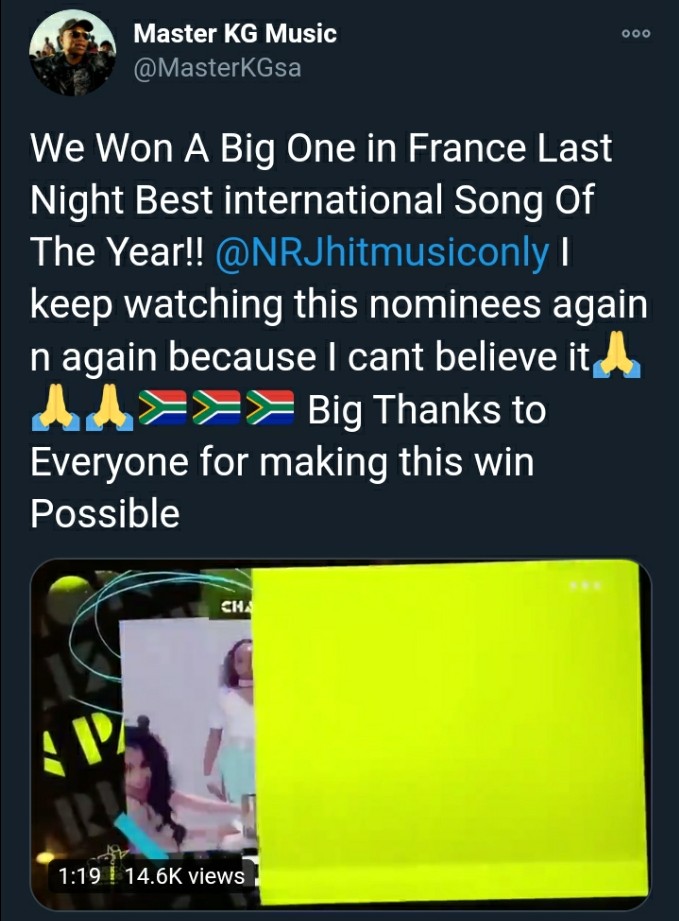 We Won A Big One in France Last Night Best international Song Of The Year!! @NRJhitmusiconly I keep watching this nominees again n again because I cant believe it🙏🙏🙏🇿🇦🇿🇦🇿🇦 Big Thanks to Everyone for making this win Possible pic.twitter.com/McioSX7S24