Master KG Speaks About ‘Most Stylish Icon’ Award After Social Media Backlash. Dance music producer Master KG has been receiving a lot of awards this year.

Dance music producer Master KG has been receiving a lot of awards this year. People are happy for the producer for winning international awards and some local awards for his music. However, people didn’t understand why the musician would win the award for ‘Most Stylish SA Icon’.

The musician went on social media to address the people who didn’t think that he deserves the award because of his fashion. “Myself winning an SA style award is an accolade for achievement in the music industry, for making my mark and embracing people globally. It’s not about how I dress hope people understand,” says Master KG. The award was the musician’s eight award within a space of two weeks. 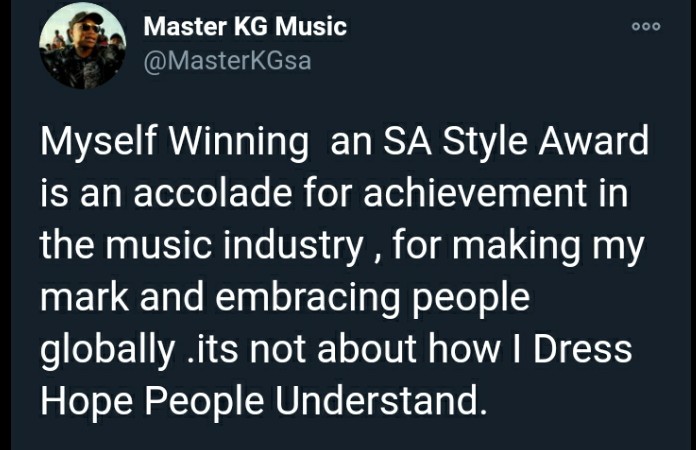